The Qur’an’s perspective on Jesus “is unquestionably Jewish Christian”

The images of Jesus historians find in the earliest Jewish Christianity and Islam are very similar and their findings have been discussed extensively by Western scholars such as Hans Küng, Jeffrey J. Bütz and James D. Tabor. That the Qur’an mentions that Jesus was the Messiah sent to the Jews is very interesting,

Compare the saying attributed to Jesus in the Bible:

That Jesus was sent to the Israelites is an astonishing claim for a seventh-century preacher to make.

Because unless one had a sense of the historical Jesus in his first century Jewish context, one would rather think that Jesus was sent to the Christians.

‘That Jesus was set to the Israelites is an astonishing claim for a seventh-century preacher to make. One would have expected the Messenger [Muhammad] to say that Jesus was sent to the Christians. Of course there were no Christians before Jesus, but this would hardly have prevented the Messenger from seeing God as sending Jesus to them; and even if we assume his historical sense to have been too well-developed for him to do so, one would have expected him to say that the Israelites responded to his preaching by dividing into Jews and Christians, which is historically correct. But what he actually says is that they divided into believing and unbelieving Israelites (61:14): in religious terms they split, but ethnically they remained the same.’

As Mustafa Akyol comments in his recent book,

‘Alas, according to Jewish Christian texts as well, the impact of Jesus on Jews was exactly the same: dividing them into “believing” and “unbelieving” factions. One document in the “Pseudo-Clementine Writings,” the Ascent of James, speaks of “us who believe in Jesus, and the unbelieving Jews.” That is a very Qur’anic perspective. Or, to frame it in the reverse direction as Crone does, the Qur’an’s perspective “is unquestionably Jewish Christian.”’ 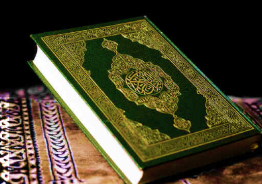